The Postman Always Rings Twice. By James M. Cain. Frank Chambers, a drifter, is dropped from the back of a truck at a rundown rural diner. When he spots Cora, the owner’s wife, he instantly decides to stay. The sexy young woman, married to Nick, a violent and thuggish boor, is equally attracted to the younger man and sees him as her way out of her hopeless, boring life. They begin a clandestine affair and plot to kill Nick, beginning their own journey toward destruction.

Double Indemnity. Insurance agent Walter Huff falls for the married Phyllis Nirdlinger, who consults him about accident insurance for her husband. In spite of his basic, instinctual decency, Walter allows himself to be seduced into helping the femme fatale kill her husband for the insurance money.

Mildred Pierce. By James M. Cain. Mildred Pierce had gorgeous legs, a way with a skillet, and a bone-deep core of toughness. She used those attributes to survive a divorce and poverty and to claw her way out of the lower middle class. But Mildred also had two weaknesses: a yen for shiftless men, and an unreasoning devotion to a monstrous daughter.

The Butterfly. By James M. Cain. When Jess Tyler’s two-timing wife left him he stayed on at the farm alone, growing corn and going to Church. Nearly twenty years later, a young woman turns up with a suitcase, and there’s an immediate attraction between them. The problem is that the young woman is Jess’s daughter, Kady. Or is she? Only the butterfly birthmark can settle the question for good. A tale of revenge, murder and forbidden love, adapted by Adrian Bean.

The People Next Door. By Shelley Silas. Sarah has never much liked her next-door-neighbours Samuel and Teresa – he plays his music too loud and she’s just plain creepy, but are they as weird as Sarah thinks, or is she just letting her imagination run away with her? Husband James is sure it’s the latter.

The Man in the Lift. By Tom Connolly. A man has been contracted to repair the lift in a residential tower block. But trapped in a confined space and suspended in time, a lift can become a place of transformation. A humorous and unsettling story about social fragmentation and the powerful influence of popular culture and new technology. 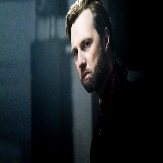 My Brilliant Divorce. By Geraldine Aron. Caroline Quentin stars in Geraldine Aron’s radio adaptation of her Olivier nominated West End hit – a comedy drama about surviving divorce with your sense of humour intact. Good-natured, slightly overweight, former window-dresser Angela (declared age 39, real age 51) thinks her marriage will last forever. But suddenly her husband Max, who has an irritatingly round head, loses his heart to beautiful young Rosa and moves out. Cheerful about her unexpected freedom at first, Angela’s spirits begin to droop as she copes with a mother who won’t acknowledge the break-up because she considers divorce common, a misogynous solicitor, and Christmas alone (apart from Dexter the family dog and a number of help-line counsellors). She gets regular updates on the wild expenditure and goings-on at the love nest via her cleaner, Meena, whose sister Leena – also a cleaner – works for Max. As she tells us of the ups and downs of her life and wryly observes how society treats freshly single women of a certain age, Angela learns how to deal with – and even enjoy – life on her own. Eccentric, poignant and funny, Angela’s journey will resonate with anybody who’s lived through a break up.

Old Times. By Harold Pinter. In a remote farmhouse, Deeley and Kate await a visitor. Anna is Kate’s best friend, though Deeley has never met her. Is the past really as they remember it? Old Times is a play about memory and desire. Tantalisingly enigmatic, it is a play about people in their forties looking back on old times, about reconciling the young person and the adult, about how you imagined things were going to be and how they turned out. 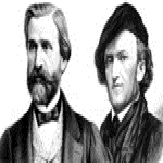 One Winters Afternoon. By Guy Meredith. One Winter’s Afternoon tells the story of the great operatic rivalry between Giuseppe Verdi and Richard Wagner in the year marking the bicentenary of their births. In real life, the two great composers never met. Taking as its starting point the death of Wagner, the play travels between two time frames as it explores key moments in their lives, and in imaginary conversations between them about the struggles of creativity. After the triumphant reception of his masterpiece Aida, Verdi has been coaxed out of retirement to write one more work, Otello, but he is struggling with it. As a voice inside Verdi’s head, Wagner continues to taunt him, making him fear that Wagner will be remembered as the greater composer. The complex love lives of both composers illustrate how Wagner’s ebullient and insensitive nature contrasted with Verdi’s angst and more introverted temperament. The recollection of jealous passion does in the end serve to unblock Verdi in his creative despair. The play explores – not without comedy – ageing and creativity, artistic loves and differences, the approach of death and the struggle against it bringing alive the texture of 19th-century Europe, its cultural and political influences.

Shirleymander. Tragic comedy by Gregory Evans depicting the principal events of Shirley Porter’s time as leader of Westminster city council in the 1980s.

The Mysterious Death of Jane Austen. By Lindsay Ashford. A lifelong friend discovers Jane may have been murdered and begins to present her case. Twenty-six years have passed since the death of Jane Austen. Armed with a lock of Austen’s hair as perhaps her best clue, Anne Sharp, former governess to the Austen family and Jane’s close friend, has decided at least to tell her story-a story of family intrigues, shocking secrets, forbidden loves, and maybe even murder. Upon its publication in the UK, Lindsay Ashford’s fictional interpretation of the few facts surrounding Jane Austen’s mysterious death sparked an international debate and uproar. None of the medical theories offers a satisfactory explanation of Jane Austen’s early demise at the age of 41. Could it be that what everyone has assumed was a death by natural causes was actually more sinister? Lindsay Ashford’s vivid novel delves deep into Austen’s world and puts forth a shocking suggestion-was someone out to silence her?

The Russian Gambler. Script By Mike Walker. A modern-day take on Dostoevsky’s The Gambler. A brilliant, penniless, pianist gets a job as tutor to the daughter of a wealthy Russian oligarch living in London and is sucked into a world of obsession and chance.

Tinsel Girl. By Lou Ramsden. Maz has just turned thirty only to become all too aware that not only is she single, but also disabled. Her degenerative disease means she now has to use a motorised wheelchair, which isn’t exactly the sexiest accessory a girl can have! Maz had been cool about the wheelchair, but the prospect of finding a date through the modern minefield of online dating makes her reassess her situation and other people’s perceptions of her – can a man really find a woman in a wheelchair attractive? Is she even a pullable commodity? Cherylee Houston stars in this comic take on online dating, which has been adapted from her diaries by Lou Ramsden. 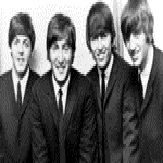 Sorry Boys, You Failed the Audition. By Ray Connolly. In the summer of 1962 the Beatles auditioned for producer George Martin at Parlophone Records. Having been rejected by every other record company, it was their last chance to get a recording contract. As the world soon found out, they passed the audition. But what if they’d been turned down? Seen through the eyes of Freda, their teenage Liverpool fan club secretary, this is an affectionate comedy drama about what might have happened to the Beatles if George Martin had said, ‘No’.

The Diddakoi. By Rumer Godden. Kizzy is a diddakoi, a half-gypsy who finds her world turned upside when her beloved gran dies. 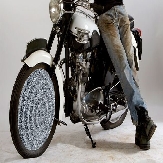 Zen and the Art of Motorcycle Maintenance. By Robert M. Pirsig. Zen and the Art of Motorcycle Maintenance is the story of a motorcycle journey across America, a meditation on values and the concept of Quality, and an allegorical tale of a man coming to terms with his past and with his young son.The narrator takes a cross-country motorcycle trip from Minnesota to California with his son Chris during which the maintenance of the motorcycle becomes an illustration of how to unify the cold, rational realm of technology (the ‘classical’) with the warm, imaginative realm of artistry (the ‘romantic’). As with the practice of Zen, the trick is to engage fully with the activity, to see and appreciate every detail, whether it’s hiking in the woods, writing an essay, or tightening the bike chain to ensure a smooth ride. The narrator wrestles both with the ghost of his past and with some of the most important philosophical questions of the 20th century. The book touched the zeitgeist of a whole generation in 1974 after being turned down by 121 publishers. It’s the biggest selling philosophy book ever with more than 5 million copies sold worldwide, has a huge online following – and has never been dramatized.

The Secret History. By Donna Tartt. (R) Under the influence of their charismatic classics professor, a group of clever, eccentric misfits at an elite New England college discover a way of thinking and living that is a world away from the humdrum existence of their contemporaries. But when they go beyond the boundaries of normal morality their lives are changed profoundly and for ever.

‘Enthralling . . . image the plot of Dostoyevsky’s Crime and Punishment crossed with the story of Euripides’ Bacchae set against the backdrop of Bret Easton Ellis’s The Rules of Attraction . . . forceful, cerebral and impeccably controlled . . . ferociously well-paced . . . remarkably powerful’ The New York Times