I Before Bee. By Chris Wilson. A comic and heart warming play about teenager Michael Croxley whose stammer has contributed to his fear of public speaking. To his horror, Michael finds that he’s competing in the national school spelling bee’s; when the girl he adores, Lynne Hargreaves, reads a composition of his in double English and discovers he’s a whizz with words and his spelling is stupendous she asks him to be part of the school spelling-bee team. How can he refuse? He accepts gallantly. Secretly he sobs to his nana terrified at the prospect. 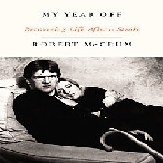 My Year Off. In 1995 Robert McCrum was an admired novelist and editorial director at Faber and Faber. He was also a reporter who had travelled to some of the most dangerous war-torn places in the world. 42 and married barely two months to New York Times journalist Sarah Lyall, the future looked great. But overnight his world shifted. With a war correspondent’s intrepidness and a writer’s desire to communicate his experience to others, Robert chose to chronicle what quickly became a surreal and extraordinary new journey into a parallel world of the sick and helpless. This programme is a bold and intimate account of McCrum’s experience of having a stroke. In this adaptation McCrum’s narrative is interpolated with extracts from diaries that he and Sarah Lyall kept during his long and difficult convalescence. What follows is terrifying, heartbreaking, intimate, funny and ultimately life affirming.

Cleopatra’s Nose. By Simon Brett. Every man has a special fantasy and James has a lifelong obsession with Cleopatra, Queen of the Nile, especially her nose. Can James overcome his lifelong Egyptian queen obsession and find a real girlfriend? 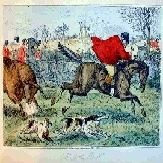 Jorrocks’s Jaunts and Jollities. By Robert Smith Surtees. ‘a noisy, vital, impertinent social satire full of zest and high spirits’ – was published in 1838 to great acclaim and introduced Dickens to the style of bold comic writing he went on to make his own. Surtees’ writing was a significant inspiration for Pickwick Papers. John Jorrocks is one of the great comic characters of English literature, a sporting cockney grocer, vulgar, good-natured, Master-of-Foxhounds and a social hero among the old hunting fraternity. Set at a time when the ‘sport’ was changing from being a popular and inclusive neighbourhood event – the old fashioned farmer’s hunt – into a more pretentious, exclusive and expensive activity – it displays great irony as the rapidly expanding middle class began to show more of a disdain and dislike of tradesmen (like Jorrocks) than the blue bloods and gentry ever did.  Jorrocks’s Jaunts and Jollities gives a brash, honest, funny portrait of an innocent, naive England which is only just beginning to register the profound social changes brought on by the industrial revolution. It depicts an almost Shakespearian world-order where everyone happily occupies their place in the scheme of things….a world-order which we see being taken over and transformed by the grasping, shameless Victorian nouveau riche. Surtees (and Scott Cherry) gives us a gallery of unforgettable comic characters – and, at the programme’s heart, a true Falstaff, in the irrepressible, loveable, indefatigable rogue that is John Jorrocks – fighting to preserve the English way of life he knows and loves.

Do You Like Banana, Comrades? By Csaba Szekely. It’s difficult being young and in love when your Dad is a high ranking official in Ceausescu’s communist machine, your mother weeps all the time and your brother is trying to kill you. 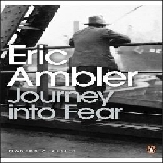 Journey Into Fear. (R) By Eric Ambler. A late-night encounter with an alluring cabaret artiste in wartime Istanbul begins a series of events turning a mild-mannered engineer’s trip into a fight for survival. As Mr Graham attempts to return to England, he finds himself pursued by Nazi assassins determined to steal the vital military papers he is carrying. Richard Greenwood reads Robert Forrest’s adaptation of this masterpiece of suspense by the acclaimed spy writer, Eric Ambler.

Flesh and Blood. Poignant drama by Gillies Mackinnon, set and recorded in Glasgow. Three generations of men have continually failed to understand one another. Kenny’s teenage son leaves home without explanation. Kenny does not tell his own elderly father, Roddy, who he visits every day. But the old man, an ex-cop, smells a rat, and is determined to find his only grandchild.

Direct Red. How does it feel to hold someone’s heart in your hands? How do you tell a young patient that he’s dying? What do you do when, on a quiet ward in the middle of the night, a patient you’ve grown close to invites you into his bed? This vivid portrayal of the day-to-day life of young female surgeon, and the medical and moral dilemmas she faces, is based on the memoir by Gabriel Weston. One of few women in an alpha male world, she finds herself continually questioning where a doctor should draw the line between being detached and being human. And it’s the conflict between these opposing forces – the personal and professional – that lies at the heart of this powerful play, which has been adapted for radio by Tina Pepler.

In the Absence of Geoff. By the award-winning Charlotte Jones. Adam Godley stars in a wry contemporary comedy. A comedy about love, loss and identity from award-winning writer Charlotte Jones. Geoff is in his 40s and facing ruin: his small business is about to collapse, his marriage is failing and his child hates him. He pretends to suffer from amnesia, becoming a media hero and bringing in money. But his daughter become suspicious and his cover finally cracks. 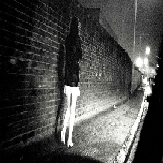 I Am Emma Humphreys. Dramatisation by Shelley Silas of the true story of Emma Humphreys, who in 1985, aged 16, murdered her pimp, Trevor Armitage, who had found her homeless on the streets of Nottingham. Emma’s case changed the law and may yet contribute to further controversial changes in the defence laws for murder. 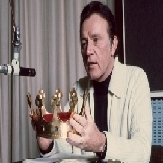 Vivat Rex is an epic 26 part drama following the English Crown from Edward II’s accession in 1307 to the birth of Elizabeth I. It is told through the adapted works of Shakespeare, Marlowe and other playwrights of the period. Narrated by Richard Burton, it has a celebrated cast including John Hurt, Michael Redgrave and Derek Jacobi. Vivat Rex was originally broadcast to mark the Queen’s Silver Jubilee and the rebroadcast is to mark her Diamond Jubilee. Basically it is a dramatic chronicle in 26 episodes of 225 years of the history of the crown by Shakespeare, Marlowe and other Elizabethan playwrights. However, in Vivat Rex the plays were not performed as single entities but they were to be woven into a continuous series covering the lives of eleven monarchs stretching from Edward II to Henry VIII.  An episode would often end mid-way through a play or even combine two plays by different writers.

Oneira. By Robert Easby. Written in five parts by Robert Easby the story follows the escapades of Oneira, a museum attendant, and a 400 year old Dutch alchemist depicted in one of the museum’s paintings, as they set out on a daring quest. 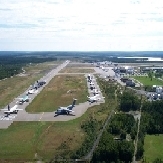 The Day the Planes Came. Romantic comedy by Caroline and David Stafford. The events of 9/11 cause many American flights to be diverted to Canada. The sleepy town of Gander in Newfoundland finds itself accommodating over 6,000 stranded passengers, including Sarah and her teenage daughter Polly. A selfless and put-upon divorcee, Sarah is seduced by the local people’s hospitality. Finally, she learns to let her hair down. She has her first kiss in years, catches a fish, meets Crazy Pete, dabbles in a bit of karaoke and finally gets the few hours of sleep that have eluded her for so long. 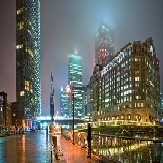 Leverage. By Simon Passmore. A city banker is found dead in an opulent apartment. At the funeral, his former girlfriend Helen is unexpectedly questioned about when she last saw him. Did he mention computer files, or give her anything as a keepsake? Helen’s suspicions mount as she retraces his last movements. Her discoveries put her in the firing line. A fast-paced, psychological thriller.

The Hybernaculum. By Yolanda Pupo-Thompson. A play depicting a summer’s day at The Wakes, the house of 18th-century amateur naturalist the Rev Gilbert White, when White, awaiting the final proofs of his book, is tormented by a form of tinnitus which he calls ‘obsessive ruminations’. He is also distraught at the disappearance of his pet tortoise Timothy and, during the course of the search for his old friend, he is forced to emerge from his secluded hybernaculum and confront the fact that his days as a naturalist and active clergyman are nearly at an end. 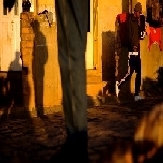 The Black Bono. By Gabriel Bisset-Smith. Gideon Gordon, film star and celebrity campaigner for human rights, is murdered in Africa, and the main suspect is his brother Ken. What can have driven the brothers apart?

Hysteria. By Steve Chambers.  We’ve all done things in the past that we’d prefer to keep under wraps. How much do you tell your new partner if you’re trying to make a good impression? Can one small lie unravel a marriage? Against the background of rising hysteria in the Middlesbrough community over the murders of prostitutes, Denise’s dreams of a happy second marriage, even a family (at 40), are challenged as circumstantial evidence seems to point the finger at husband Phil.