Many thanks to Peter P and Walter C for contributions to this page. 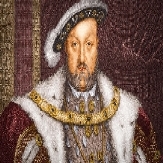 The Last Tudor. By Abigail Youngman and Jolyon Jenkins. A reality show contestant decides that he has a greater claim to the throne than the current Royal Family. This improvised drama, told in a documentary format, charts his rise and fall, in a satire on celebrity, delusion and spin. The story is based on a true story of Anthony Hall, a former policeman who in 1931 started to give public speeches claiming that he was the descendant of an illegitimate son of Henry VIII and therefore the last Tudor. Documents released by the National Archives show that his threats to the Royal Family started to alarm the police and Home Office, and that George V lobbied to have him quietly declared insane and put away without trial. The drama supposes that Anthony Hall’s great grandson, a local government employee at Bristol City Council, discovers his family history and decides to exploit the royal claim as part of his bid to win a television talent show called the Fame Factor. This central character, called Murray Gray, dresses up as Henry VIII to raise money for charitable causes, and seeks pop stardom to escape his boring job dealing with parking fines. Initially the case of Murray Gray is simply one story in a history documentary about royal pretenders, but as Murray’s gets more and more successful in the Fame Factor, events, and the documentary, spiral out of control. The “documentary” is presented by real life presenter and producer Jolyon Jenkins, who also devised the drama with Abigail Youngman. Murray Gray is played by Jonathan Alden and his girlfriend Chantelle by Nadia Williams. Murray’s PR agent Memphis Garfield is played by real life music promoter Conal Dodds.

The Great Swim. Adapted by Anita Sullivan from the book by Gavin Mortimer. In the roaring twenties the world was changing at an electric pace. In science, commerce and art, everything seemed possible and the challenges were there to be confronted. By 1926, only five men had ever conquered the English Channel, and the race to become the first woman to swim the Channel captivated two continents. Many doubted that a woman could do it. Gertrude Ederle, a brilliant young swimmer, was the 19-year-old daughter of a German migrant to the United States. Her father Henry Ederle ran a successful butcher’s business in New York. Ederle’s cross-channel swim was sponsored by the New York Daily News. The News sent a crime reporter, Julia Harpman, to accompany the swimmer and cover the story and this drama is told through Julia’s eyes. 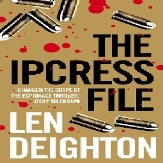 The Ipcress Files. By Len Deighton. A number of leading Western scientists have been kidnapped only to reappear a few days later. Unfortunately, each scientist has been brain washed and is now completely useless. The hero is a sergeant in the British Army who was court-martialled for running a black market ring in Berlin. He was given the choice of either going to prison or becoming a spy and chose the latter. Assigned to the case, our hero soon finds himself getting involved in inter-departmental rivalry and at odds with the Americans. He soon comes to realise that he has been chosen because he is expendable. During the investigation a tape turns up with the word ‘Ipcress’ written on it. Despite his unorthodox methods our hero does get results, and he is soon in contact with the man who could be behind the operation.

This file had a hiccup at 49.31. I have edited it so it is not too noticable but if anyone has a more complete file I’d be grateful for a copy. The story is not affected.

The Patience of Mr Job. By Justin Butcher. Mr Job is an African farmer with an unshakeable faith in the benevolence of the West. There’s a flurry of excitement in the village. Mr Kismet, from the World Development Agency, has sent a letter offering rich rewards if the region sells its timber and moves to cut-flower production. Mr Job obeys the WDA scrupulously, even when the instructions prove extremely inconvenient, but as they wait for Mr Kismet’s arrival, a series of disasters strike. A satire about globalisation and climate change.

The Unfortunates. By B S Johnson. Adaptation of B.S. Johnson’s 1968 novel in which a sports journalist travels to a strange city to cover a football match, only to discover it was the city where he first met his friend Tony who has died young of cancer. We follow the journalist from his arrival at the train station, through lunch, to the match and on the journey home, as different memories of his friend are triggered. Originally published in 27 unbound pamphlets in a box, The Unfortunates was intended to be read in a random order. The lack of a fixed order is suggestive of the way memories occur, and the book becomes a meditation not just on friendship and loss, but also on the nature of memory and writing as our hero struggles to recall everything in order to ‘get it all down’ as he promised his dying friend. B.S. Johnson is not a household name, but his novels are beloved by a growing number of people who have discovered him and he has something of a cult status. Renewed interest in B.S. Johnson came partly from the publication of Jonathan Coe’s celebrated biography of Johnson, Like a Fiery Elephant.

The Door in the Wall. (R) By HG Wells. Is daydreamer Lionel Wallace brave enough to turn his back on the world he knows for a better life? Read by Anton Lesser. 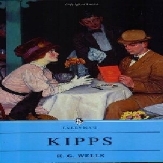 Kipps: The Story Of A Simple Soul. By H G Wells. England 1905. An apprentice draper’s life is transformed when he is struck by a drunkard on a bicycle.

You Never Can Tell was originally an 1897 four-act play by G. Bernard Shaw. The play is set in a seaside town and tells the story of Mrs Clandon and her three children, Dolly, Phillip and Gloria, who have just returned to England after an eighteen-year stay in Madeira. The children have no idea who their father is and, through a comedy of errors, end up inviting him to a family lunch. At the same time a dentist named Mr Valentine has fallen in love with the eldest daughter, Gloria. However, Gloria considers herself a modern woman and claims to have no interest in love or marriage. The play continues with a comedy of errors and confused identities, with the friendly and wise waiter, Walter (most commonly referred to by the characters as “William,” because Dolly thinks he resembles Mr Shakespeare), dispensing his wisdom with the titular phrase “You Never Can Tell.”

These 2 hour or so long stories were originally aired as ten, thirteen minute episodes. 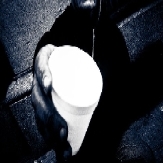 The Clerks. By Rhys Adrian. Two men who once worked for a secret Government department are reduced to living on the streets. 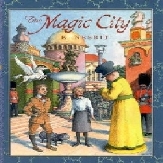 The Magic City. By E Nesbit. When young Philip Haldane builds a play city out of odds and ends, the fantastic creation comes to life, and he and new stepsister Lucy are magically transported into it. Now they must try to save the Magic City by fulfilling an ancient prophecy–despite a mysterious adversary determined to steal their glory for herself. 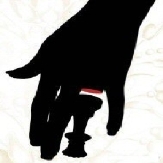 Women Beware Women. By Thomas Middleton. Thomas Middleton’s Jacobean classic in which the women are the worst betrayers. When Leantio’s beautiful wife Bianca catches the eye of the Duke, the worldly Livia arranges an assignation, plunging Bianca into the vice and corruption of the court. 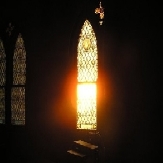 The Cotswold Order. By Robin Brooks. A lascivious country rogue fed up with austere chapel services starts his own religion.

Slight distortion in the intro but does not extend into the play. 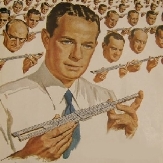 The Slide Rule Engineer. By Stewart Love. A man comes to terms with a changing world. Doors no longer open to a him just because he can use a slide rule. 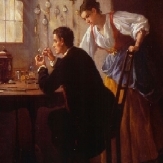 Felix Holt, the Radical. By George Eliot. Two men from very different backgrounds return to the town of Treby Magna in the midlands in 1832 – just after the passing of the Reform Act, extending the franchise to property owners. Harold Transome, on the death of his dissolute older brother, has become heir to an estate and returns from the orient determined to become an M.P., though his haughty mother is shocked to discover that he intends to stand as a Radical. Felix Holt also reappears in his native town and proves an equal disappointment to his mother for he has abandoned his education to set up as a humble watch-mender with a determination to set up a school for miner’s children. Though Felix may be the eponymous hero, the true protagonist of the story is Ester Lyon – a young woman who must discover what she truly values in her choice between these two men. She believes herself to be the daughter of the town’s kindly Dissenting Minister, but the discovery of the truth of her background threatens to overturn the status quo of this provincial town. This is not the only secret known to the manipulative lawyer, Mathew Jermyn – the principal antagonist. This relatively unknown work by one of the finest 19th century novelists, George Eliot, is set at a time of great political turmoil. In three one hour episodes this adaptation captures a world of political skulduggery and the virtues of genuine social change.