Many thanks to Peter P  and Walter C for contributions to this page.

The Pillow Book. Robert Forrest’s thriller and love story set in the court of the Empress Sadako in 10th-century Japan and inspired by the real memoirs of Lady Shonagon, poet, beauty, lady in waiting to the Empress.

Series 1. Within the palace walls, a series of disturbing crimes throws the court into confusion and unrest.
Series 2.  It has been nine months since Lieutenant Yukinari and Lady Shonagon solved the crimes in the palace, and nine months since they parted. A chill wind brings ominous news, and a blood-stained letter from Yukinari.
Series 3.  Shonagon and Yukinari return to investigate a new crime in 10th Century Japan. A favourite of the Emperor is found drowned in a pool in the Palace Gardens. But before Yukinari can investigate, the body is given a ceremonial burial and all trace of the crime washed away by the spring rains.
Series 4. The young Emperor has disappeared from the Palace into the wilds of Japan, to learn the ways of his people. Mischievous as ever, he leaves behind him a challenge addressed to his champion and favourite, Lieutenant Yukinari, to find him. And, of course, Yukinari must be accompanied by his guide in the ways of palace life, the Lady Shonagon. The Emperor makes two conditions: that the couple travel unaccompanied and in disguise, dressed in peasant garb, a prospect that Lady Shonagon – a connoisseur of all the finer luxuries of life – finds both appalling and humiliating.
Series 5. Lieutenant Yukinari arrives at the palace to discover Lady Shonagon’s affections have strayed.
Series 6. Yukinari is summoned to visit his old friend Takashi. Shonagon is confined in the palace. Lady Shonagon and Lieutenant Yukinari return! But this time, not together…Despite her conviction that she is unable to bear children, Shonagon has fallen pregnant by Yukinari. She has gone into labour prematurely, and the process is as distasteful to her as the idea of being a mother is. Meanwhile, Yukinari, believing the child to be due a month later has answered the summons of a childhood friend, Takashi. He arrives at the rural outpost where the two boys grew up to find his old friend much changed.
Series 7. Yukinari has taken the Emperor to see a natural wonder – an underground cave sparkling with a thousand diamonds. But these are not diamonds, they crumble at the touch, and these caves are patrolled by a pack of wolves. A pack of wolves and their strange, un-wolf-like leader.
Series 8. Lieutenant Yukinari finds himself lost within a maze of palace intrigue. 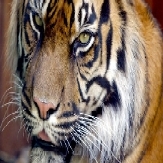 Lizzie’s Tiger. In Angela Carter’s story, a magical circus act shapes the destiny of one of America’s most infamous characters, Lizzie Borden, imagined as a four-year-old having an extraordinary encounter.

Vampirella. By Angela Carter. A virginal English soldier, traveling through Romania by bicycle, finds himself in a deserted village. He comes across a mansion inhabited by a vampiress who survives by enticing young men into her bedroom and feeding on them. She intends to feed on the young soldier but his purity and virginity have a curious effect on her.

The Company of Wolves. By Angela Carter. (Based on Little Red Riding Hood) A girl meets an apparently charming young man whilst wandering through the forest towards her grandmother’s house. She arrives at her grandmother’s home, unaware that the same young man has got there before her and killed her grandmother. The young man, who is really a wolf in disguise, instructs her to remove and burn her garments one by one as she makes remarks reminiscent of those in the classic fairy tale.

Puss-in-Boots. By Angela Carter. (Based on Puss in Boots) Figaro, a cat, moves in with a rakish young man who lives a happily debauched life. They live a carefree existence, with the cat helping him to make money by cheating at cards, until the young man actually falls in love (to the cat’s disgust) with a young woman kept in a tower by a miserly, older husband who treats her only as property. The cat, hoping his friend will tire of the woman if he has her, helps the young man into the bed of his sweetheart by playing tricks on the old husband and the young woman’s keeper. 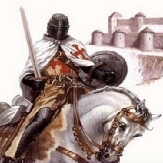 The Crusader Chronicles. By Chris Lang, Andy Taylor & Simon Greenall. With Hugh Grant. The year 1153. The armies of the Christian West have delivered Jeruselem from the infidel. In a humble English monastary the chronicler of the first great crusade lies dying. This is the story of that man’s life. The rambling stories of a set of competely incompetent, untrustworthy knights who, due to a bungled ruse, find themselves setting sail to help free the Holy Land and can’t get back home fast enough.

The Tinner`s Corpse. By Bernard Knight, dramatised by Arnold Evans. Devon, 1195, and the effusive coroner Sir John de Wolfe, aided by his long suffering clerk, investigate mysterious murders among the complex relationships of the tin-mining community. And if this wasn’t enough to occupy them, the unlikely duo needs to address some personal issues.

The Barber and the Ark. By Marcia Layne. Issachar has been given an ultimatum by Yvonne, either the dreadlocks go or she does. But the veteran barber he visits has other ideas. Over a bottle of his ‘special ingredient roots tonic’ the barber shares his dream of discovering the Ark of the Covenant in Ethiopia. A dream that will change Isaachar’s life.

The Cracks. By Rob Evans. Two worlds collide in a dark drama set in the heart of Soho’s gay scene. Michael’s a teenager who feels like his life’s about to begin. He’s travelling from Leeds to London for a date with a guy he’s met online. David’s a forty year-old man who feels like he might be over the hill. When his partner announces he’s leaving, David’s life finally caves in. Michael and David’s worlds are about to collide as each wanders Soho on a quest that will change them forever.

Roll Jordan, Roll. Jazz musician Megan keeps playing a certain melody – but where does it come from? The trail leads back to the 1880s and the visit to Swansea of a choir of emancipated slaves.
The Great Pork Pie Mystery. Megan’s quest continues as her research into the ‘pork pie’ melody takes her into family history. Jazz musician Megan is tracing the history of a melody she can’t stop playing. Perhaps the answer lies in the Kohinoor Tearoom, Swansea, in the 1920s? Megan’s continues her research into the pork pie melody, looking into her family history.
Beacons. The tale of Megan’s melody reaches its revelatory conclusion, as the trail leads back to Loudin’s family history.

The Gallery. Alan Plater’s final play for radio. The opening night of a new Tyneside art gallery is thrown into jeopardy by the well-meaning but ill-trained staff. Dodgy wiring, an over-zealous cleaner and a retired greyhound add to the comic mix. The Gallery was his final play for radio before his death in June 2010. 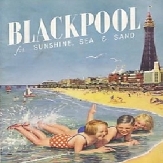 Sweetly Sings the Donkey. By Shelagh Delaney. A powerful and quirky insight into childhood and religion. A girl, teetering between childhood and adult life, is convalescing by the sea in postwar Blackpool, her only companions fellow invalids, the nuns in charge of them – and the waves.

Tell Me a Film. By Shelagh Delaney. Four women meet for their 60th birthdays in Blackpool, where they first met as children, and compare how their lives have changed. 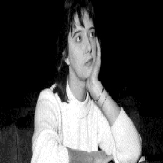