The Contingency Plan. By Steve Waters. A powerful version of the play originally staged at The Bush Theatre in London, addressing the subject of climate change. As Britain faces unprecedented and catastrophic floods, government and scientists argue over what action to take. A young glaciologist arrives in Whitehall determined to convince the powers that be of the importance of immediate action. But he is also bent on avenging his father, a scientist whose views were discredited a generation ago.

The Cruel Sea. By Nicholas Monsarrat. The Cruel Sea is the story of the crew of a newly commissioned corvette, Compass Rose, a ship that forms part of the escort to merchant convoys during World War II. The crew are mostly inexperienced men from non-naval backgrounds and the story focuses on their differing reactions to the horrifying experiences they have as German U-boats attack their convoys with increasing success. Some will survive the war, and some won’t – but all of them will be changed by their experiences. But this isn’t just a war story. In a surprisingly subtle way, The Cruel Sea also chronicles the often abrasive process by which classes, previously unknown to each other, were thrown together on board ship and had to learn to rub along – and how the earned respect, in the long term, led to the future Welfare State and the social equity and cooperation of the 50’s and 60’s. The novel, published in 1951, was an immediate success and it has never been out of print since. It brings home the realities of the longest battle in the second world war, the Battle for the Atlantic, but it does so not through harrowing depiction of the horrors involved, but through its detailed depiction the people involved, people we come to care about, to admire, and to mourn. 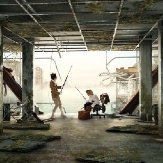 The Drowned World. (R) By J G Ballard. Read By Robert Glenister. Set in the year 2145 in a post-apocalyptic and unrecognisable London, ‘The Drowned World’ is a setting of tropical temperatures, flooding and accelerated evolution. Ballard’s story follows the biologist Dr Robert Kerans and his struggles against the devolutionary impulses of the environment. As part of a scientific study team sent to map the flora and fauna in the boiling lagoon, the tranquillity and banality of their role is soon upheaved by the onset of strange dreams which increasingly plague the survivors’ minds.

Miracles of Life. (R) JG Ballard’s memoir, abridged by Andrew Simpson, in which the best-selling author reflects on various influences that have shaped his work.

The Serpent’s Back. By Ian Rankin. The play is set in the seething Old Town of Edinburgh in 1794, where the resourceful if low – born Mr Cullender, a caddie and manservant, goes in search of a double murderer. Most versions of this dramatisation are 3 episodes pasted together with intros and outros remaining. This version is one single 2hr dramatisation without interruption. 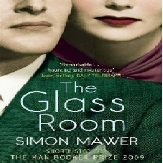 The Glass Room. Greta Scacchi reads from the novel by Simon Mawer. It is the beginning of the 1930s and Victor and Liesel Landauer are on honeymoon in Venice. Soon they will return to newly-formed Czechoslovakia, inspired to build an extraordinary family home. The Glass Room refers to the dramatic living area of a modernist house built on a hill-side in Czechoslovakia in the 1930s. Its architect was commissioned by Victor Landauer and his wife, with a brief to design a house made of glass and steel, devoid of ornamentation or unnecessary decoration, a house fit for a stylish couple, owners of the Landauer company, makers of luxury motor-cars. The house is built and lives up to expectations, the young couple receiving guests in the glass room, with its onyx walls and its breathtaking views. Victor and Leisel are wealthy and thoroughly modern couple and their new house matches their style perfectly, “living inside a work of art is an experience of sublime delight – the tranquillity of the large living room and the intimacy of the smaller rooms . . . the most remarkable experience of modern living”. Simon Mawer follows the history of the house over the next 50 years, but of course the Landauer family and their friends are the main point of the story. Is it possible to tell the story of a family without also recalling the places in which they live? We build our homes as an expression of ourselves and our memories are often centred on the sense of place as much as on those who inhabit those spaces. Leisel Landauer has her great friend and confidante, the stylish and erratic Hanna. Her husband has another friend who come to play a large part in both their lives. Children are born and grow and find that the house has a place in their lives too, although perhaps retrospectively. Beginning in the 1930s in Czechoslovakia, Mawer’s story is of course about the war and its aftermath. Victor Landauer is Jewish, and after the Germans take over the Sudetenland, the family flee to Switzerland, leaving Hanna and other friends to watch the house fall into German hands to be used as a laboratory. The story follows Hanna and her attempts to survive under a hostile regime. Meanwhile in Switzerland the Landauers plot their escape out of Europe across the Atlantic and we read of their only partially successful attempts to keep their household together.

The Lady from the Sea. Henrik Ibsen’s late drama, adapted for radio by Frank McGuinness. Before her marriage to Dr Wangel, Ellida, his second wife, had promised herself to a sailor who then disappeared. Years later, Ellida’s family life is strained. Her relations with her step-daughters is poor; she has no child of her own. She seems unhappy with her life. Then the sailor reappears to make his claim on her promise. Faced with the decision of what to do, she persuades her husband that she must have the chance to make her choice. 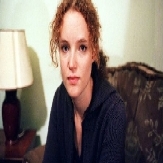 The Middle. By Amelia Bullmore. Clare is the golden middle sister in a family headed by a formidable matriarch, Luca. Clare meets and quickly marries Martin, who falls just as much in love with her fun, sparky family. But Martin makes a mistake and sets in train a series of events which brings the family to its knees.

The Milk Race. Comedy by Mark Tuohy. Two west London milkmen race each other to Bognor Pier in their milk floats to decide which of them wins exclusive rights to their local round.

Out of the Hitler Time. By Judith Kerr dramatised by Beaty Rubens.

When Hitler Stole Pink Rabbit. The first book of the internationally acclaimed trilogy tells the story of a Jewish family forced to flee from Germany in 1933 – told from the perspective of nine year old Anna.
Bombs on Aunt Dainty. The second book in the trilogy. Having been forced to flee the Nazis, Anna and her family have now arrived in London. Both Anna and her brother Max face the challenges of life as refugees rather better than their parents.
A Small Person Far Away. The third in the trilogy. It’s now 1956 and Anna is married and settled in London when she gets a worrying telegram about her mother who has been living back in Berlin for 7 years.

The Moment You Feel It. By Ed Harris. Alf’s memories come in flashes and great blank holes, along with a running commentary from the voices of his past. So how does finding a strange coat in his kitchen remind Alf why he doesn’t want a bath today? A tender, sad comedy about losing your past.

The Mouse House. By Adrian Penketh. Wannabe cultural terrorist Mike is determined to make a splash; make a statement; make more of his life. But has he got what it takes to pull it off and light up the skies above London? 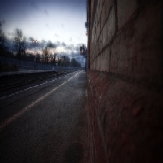 The Railway Siding. By Jonathan Holloway. When struggling architect Jack is forced to take the overnight train from Haverfordwest to Paddington, he encounters a garrulous guard and a spookily familiar young woman. All is not quite what it seems. 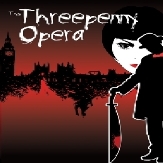 The Threepenny Opera.  Berthold Brecht and Kurt Weill’s famous 1928 play with music, featuring a collaboration between BBC Radio Drama and the BBC Philharmonic. When Peachum discovers that his daughter Polly has secretly married London’s most notorious gangster Macheath ‘Mack the Knife’, he wants revenge. Will Macheath be forced to go on the run?

The Experiences of an Irish RM. Christopher Fitz-Simon’s two-part adaptation of the comic novels of Somerville and Ross, set in late-nineteenth century Ireland. When the affable, if somewhat dim, Major Sinclair Yeates is appointed Resident Magistrate, he finds himself among a people whose every moment seems dedicated to thwarting him.