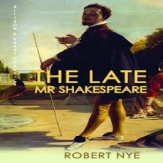 The Late Mr Shakespeare. By Robert Nye. Pickleherring, a former boy actor in Shakespeare’s company, reminisces from the vantage point of old age on his time spent with The Bard. As he finally finds love with a prostitute named Polly, the lessons he learned from Shakespeare finally start to become clear.

The Right Ingredients. By Pat Davis. When her world falls to pieces, Lisa resorts to using other people’s shopping lists as a means of structuring her life. Her hope is that she will eventually get all the right ingredients for the cake she needs to bake. A delicate and beautiful story of a woman coming to terms with a heart-breaking bereavement.

The Summer Book. By Tove Jansson. A grandmother spends her last summer with her granddaughter on an island in the Gulf of Finland.

The Tony Kay Scandal. By Michael McLean. The true story of the case of footballer Tony Kay, who, in 1965, was convicted of match fixing, sent to prison and banned for life by the FA. The play follows the course of events leading up to Kay’s trial, imprisonment and release, and features recently-recorded observations from Kay himself.

The Woman from the North. By Bernard MacLaverty. Cassie has never sat an exam in her life but now finds herself facing a life-changing assessment and the prospect of residential care. What must she do to pass and return to her own home?

Thistlewood. Stewart Conn’s historical drama from 1976. Influenced by Peterloo, a group of radicals conspire to assassinate the government.

The Man Born to Be King is a radio drama based on the life of Jesus, produced and broadcast by the BBC during the Second World War. It is a play cycle consisting of twelve plays depicting specific periods in Jesus’ life, from the events surrounding his birth to his death and resurrection. It was first broadcast by the BBC Home Service on Sunday evenings, beginning on December 21, 1941, with new episodes broadcast at 4-week intervals, ending on October 18, 1942. The series was written by novelist and dramatist Dorothy L. Sayers, and produced by Val Gielgud.

The twelve plays in the cycle are: Kings in Judea, The King’s Herald, A Certain Nobleman, The Heirs to the Kingdom, The Bread of Heaven, The Feast of Tabernacles, The Light and the Life, Royal Progress, The King’s Supper, The Princes of This World, King of Sorrows,  The King Comes to His Own.

Rogue Male. By Geoffrey Household. An anonymous, affluent Englishman goes on a shooting trip to Europe. His target – the head of a brutal European dictatorship. 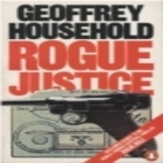 Joan of Arc and How She Became a Saint. Written and directed by Patrick Barlow. Comic interpretation of the story of Joan of Arc performed by comic troupe the National Theatre of Brent.

More National Theatre of Brent on the Comedy Pages. 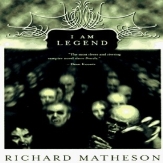 I Am Legend. By Richard Matheson. Nine half-hour episodes. Robert Neville is apparently the only survivor of an apocalypse caused by a pandemic of bacteria, the symptoms of which are very similar to vampirism. Every day he makes repairs to his house, boarding up windows, stringing and hanging garlic, disposing of vampires’ corpses on his lawn and going out to gather any additional supplies needed for hunting and killing more vampires. 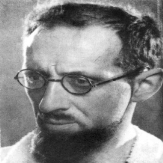 Habakkuk of Ice. By Steve Walker. The extraordinary true story of a battleship made entirely of ice, which was designed for use in the Second World War, but left to dissolve in a lonely Canadian lake in Northern Alberta.

Giving Up the Ghost. By Lynne Truss. A firefighter struggles to come to terms with the death of his friend. In a house full of carbon monoxide, firefighter Scott gets separated from his colleagues and begins to experience the last terrible moments of his friend Jacko’s life, who had died in similar circumstances eight months earlier.

Ethan Frome. By Edith Wharton. A new arrival in Starkfield, Massachusetts wants to find out what happened to Ethan Frome, ‘a ruin of a man.’