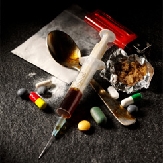 Resistance To Pressure. By Stephen Gallager.  Dr Lewis, the head of a drug addiction rehabilitation centre and social climber, is under investigation over the death of drug addict Julian Tozer. His world is turned upside down when he is abducted at a New Year’s party and when recovered is charged with the murder of another drug user.

Spitfire! A moving drama by Mike Walker about the most famous British fighter aircraft in history, first broadcast in September 2010 to mark the 70th anniversary of the Battle of Britain. Framed by recollections from veteran Geoffrey Wellum, the drama features specially made recordings of RAF Battle of Britain Memorial Flight Spitfires, including the only Spitfire still flying today to have fought in the Battle. Inspired by real people and real events, the drama traces RJ Mitchell’s design from creation to legend and the fortunes of two young pilots who join a frontline Spitfire squadron just as the Battle of Britain begins. 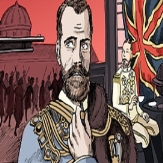 The Last Tsar. Ian Curteis’s drama examines an enduring mystery of the First World War – the apparent refusal of King George V to give sanctuary in England to his cousin Tsar Nicholas and his young family after the Tsar had been forced to abdicate following the Russian Revolution.

Adolf Hitler: My Part in his Downfall. By Spike Milligan. Milligan is at home with his family. His mother is digging the air-raid shelter when Neville Chamberlain announces that Britain is at war with Germany. The family response is for Spike, his father and brother to produce boyish drawings of war machines, which are taken to the War Office. Milligan receives a letter marked O.H.M.S., which his uncle advises him not to open. After some weeks similar letters arrive marked “Urgent”. Eventually he opens one containing a “cunningly worded invitation to partake in World War II”. About then, in an attempt to impress girls at a gym, he slips a disc, whereupon he’s hospitalized to determine whether he’s faking. After three months of avoiding call-up, he is given “a train ticket and a picture of Hitler reading “This is your enemy””. He searches the train, but can’t find him.

An Inspector Calls. J B Priestley’s classic charts the night in the Birling household when ‘an Inspector calls’. The Birling family are celebrating their daughter’s engagement when Inspector Goole calls to report the suicide of ayoung girl. We realise that one by one, each member of the family is implicated in the girl’s breakdown. But who is really responsible for her death?

Jaws. (R) In the seaside town of Amity, something nasty lurks beneath the waves. Peter Benchley’s blockbuster, read by John Guerrasio.

Jefferson 37. By Jenny Stephens. What happens when spare-part surgery becomes the norm? Will clones be created purely with the intention of providing body parts and organs for those who can afford it? If so, what will life be like for those clones?

Kings. Five plays telling the story of the biblical King David’s reign.
True Anointed. By Sebastian Baczkiewicz. Eleazar, King Saul’s chief of staff, has been sent to find a shepherd boy.
Hazar’s Chicken. By Sebastian Baczkiewicz. David, exiled by Saul, comes to Nebal to exact revenge. Bone is an unlikely chicken killer, and even less plausible spy.
The Loved One. By Sebastian Baczkiewicz. King Saul is on the brink of defeat at the hands of the Philistines. Aynat refuses to leave her home as the Israelites approach.
Michal, Saul’s Daughter. By Kate Clanchy. In David’s harem, three of his wives fight over their relative status.
Abishag, The Virgin. By Kate Clanchy. David is dying in a fetid room, tended by his latest wife Abishag. Who will he name as his heir? 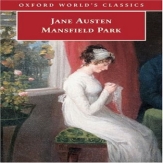 Mansfield Park. By Jane Austen. Mansfield Park tells the story of young Fanny Price who goes to live with her rich uncle, Sir Thomas Bertram, and his children, due to the impoverished state of her own family. When Sir Thomas goes away to look after his somewhat dubious overseas interests, his household falls into moral decline. Flirtatious and inappropriate relationships are formed with visiting friends, and acting in forbidden theatricals takes place to make possible the demonstration of illicit desires. Fanny stands apart from this, holding true to her nature of sensibility watching in horror as she sees her cousin Edmund, with whom she is in love, become attached to the witty butshallow Mary Crawford. With Sir Thomas’ return, Fanny is exiled back to poverty after she refuses what he believes to be a good match for her. Eventually Fanny is recalled to Mansfield Park, and Edmund having seen the folly of his previous infatuation proposes to her.

The Beagle Diary. Charles Darwin’s first hand account of his epic five-year voyage on board HMS Beagle at the age of 22, which provided the material that helped form his theory of evolution.

The Coma. Bestselling author Alex Garland’s surreal fantasy explores the workings of a coma patient’s mind, lucid but powerless. Carl keeps having blackouts and fears he’s suffered brain damage as a result of the attack on the tube train, so he turns to his friends for help.

The Wind in the Willows. By Kenneth Grahame. Set on the banks of the Thames. The day that Mole abandons his spring-cleaning and sets out to enjoy the sunshine is the start of many adventures. Not only does he discover the river and the joys of messing around in boats, but he also makes lifelong friends with Rat, Badger and the eccentric and incorrigible Toad.

There are two versions available:
v1 Alan Bennett reads Wind in the Willows. From 2007.
v2 On the 90th anniversary of the first Radio Drama broadcast on the BBC, a 2016 version of the Classic tale of Rat, Mole, Badger and Toad combining the talents of the BBC Symphony Orchestra and a special cast. Recorded before an audience in the legendary Maida Vale Studios.

The Willows in the Winter. By William Horwood. Blustery Toad is up to his naughty old tricks, after a long period of enforced goodness. Through a comedy and near tragedy of errors, Toad, along with resourceful Rat, loyal Mole, and wise Badger, is drawn into an extended wild goose chase that lasts all winter. With plummeting airplanes, tumbles in the freezing river, and courtroom high drama, this is not to be a winter of cozy hibernation.

When the Bough Breaks. Stephen Jeffreys’ dramatisation of the memoir of opera director Julia Hollander, about the dilemma she faced over whether toput her badly brain-damaged child up for adoption in order to keep the rest of her family together. 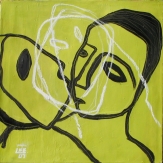 Whispering. Psychological thriller about adultery and murder by Campbell Armstrong. Ted and Lucy are in love but are forced by circumstance into secret trysts, furtive meetings, and the occasional overnight in hotels when Ted can get away. Ted’s sick wife is contemptuous of him, but how could heleave her at a time like this? The lovers will have to be patient. Then Cassie dies, leaving a diary.