Many thanks to Richard L for contributions to this page.

Fly Girls. By D J Britton. Chaz and Holly are university flat-mates struggling with the heavy work load of their law course. Holly imposes a strict regime of hard work, physical fitness and celibacy to get herself through. Chaz collapses onto to sofa and threatens to stay there until it all goes away. But everything is thrown in the air when they meet Tom, the stripey socked juggler who believes everyone is a potential performer.

The Sea Raiders. By HG Wells. Monsters from the deep terrorise the coast of Devon in this adventure by HG Wells.

Catch My Breath. By Marty Ross. Two women take refuge in a Scottish country mansion where a demon lures victims into a kiss which will drain the life from their bodies. It’s a contemporary mix of gothic horror and Celtic folklore. 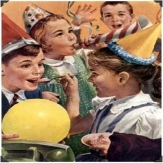 August Birthdays. By Frances Byrnes. On Katherine’s 39th birthday, she walks the streets where she grew up and is drawn back to an earlier and more eventful birthday. 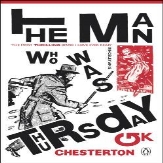 The Man Who Was Thursday. By G.K Chesterson. In Edwardian era London, Gabriel Syme is recruited at Scotland Yard to a secret anti-anarchist police corps. Lucian Gregory, an anarchistic poet, lives in the suburb of Saffron Park. Syme meets him at a party and they debate the meaning of poetry. Gregory argues revolt is the basis of poetry. Syme demurs, insisting the essence of poetry is not revolution, but rather law. He antagonizes Gregory by asserting the most poetical of human creations is the timetable for the London Underground. He suggests Gregory isn’t really serious about his anarchism. This so irritates Gregory that he takes Syme to an underground anarchist meeting place, revealing his public endorsement of anarchy is a ruse to make him seem harmless, when in fact he is an influential member of the local chapter of the European anarchist council.

The Night Manager. By Dermot Bolger. When a particular guest checks into Finbar’s Hotel on the last night of Johnny Farrell’s management, his past life comes back to confront him. 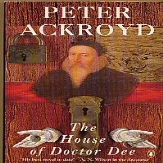 The House of Doctor Dee. Peter Ackroyd’s dark tale of a house in Clerkenwell once owned by a black magician.

The Book of the City of Ladies. Christine de Pizan’s allegorical fantasy about building a fortress for women from valour, virtue and wisdom. 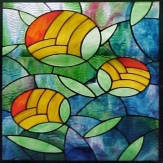 Mrs Boston. By Alan Drury. When Andrew’s wife lies dying in hospital, the one person whom Andrew can talk to is Mrs Boston, an absolute stranger who doesn’t even appear to talk much sense. It’s an unlikely relationship, and one which his children dislike. 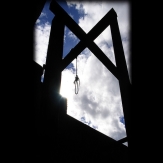 Cheating the Gallows. By Israel Zangwill. Will a surprise bank robbery undo the intense friendship of two inseparable lodgers? And what of the missing money? 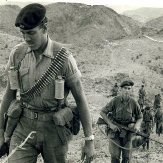 Bringing Eddie Home. By John Peacock, based on a true story. In 1965, an East End couple receive a telegram telling them that their soldier son has been killed in Aden. Thus begins a chain of events which will lead to changes in the law, affecting all families of the British armed forces. 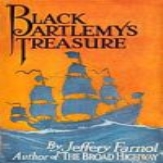 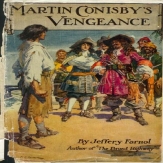 Caesar. By Mike Walker. Drawn from Suetonius’ Lives Of The Caesars.

Series 1.
Meeting At Formiae. Caesar makes an undercover visit to Cicero and Cato to gather support for his proposed rule of Rome. Starring David Troughton.
The Arena. Young Octavian needed his renowned political skill to outwit his enemies and rule Rome.
Peeling Figs for Caesar. The story of Emperor Caligula whose name has become a byword for depravity.

Series 2.
The Best of Mothers. The story of Emperor Nero and his mother Agrippina whose influence eventually drives him to murder.
The Glass Ball Game. Suetonius is drawn into Hadrian’s private life when he befriends the Emperor’s young lover, Antinous, and travels with them into the heart of Egypt.
Citizens In A Great City. Young Commodus buckles under the expectations put upon him by his father, the philosopher emperor Marcus Aurelius. Septimus Severus is called upon to save the Empire from anarchy.

Series 3
Empress In The West. As the Roman Empire begins to fall apart, one woman sees it as an opportunity to wield the power that her gender has always denied her.
The Maker Of All Things. Constantine had the strength and determination to reunite the Empire, and to give it a new state religion – Christianity. But what sacrifices must he make when he feels threatened by his own son?
An Empire Without End. As the Empire in the West begins to crumble before the forces of Atilla the Hun, it is left to an unlikely coalition of kingmakers to select the last Roman Emperor. Can Romulus Augustus survive? 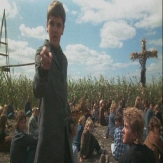 Children of the Corn. Stephen King’s classic horror set in the cornfields of Nebraska. A husband and wife stumble across a strange religious sect.

Attlee Confidential. An insight into the workings of the post war Labour Governments of Clement Attlee. Journalist and broadcaster Charles Wheeler, together with a star cast, re-create the mood of those often highly divided Cabinet meetings, using the original notebooks of the then cabinet secretary Norman Brook.

Shell Shocked. By Gregory Burke. The moving story of two brothers who are separated in the trenches of the First World War and whose lives take very different paths. 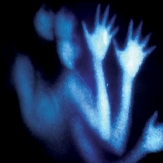 Ambushed By Time. By Kaite O’Reilly. Each morning when Katrin confronts the mirror she finds herself aged 20 years overnight, while Sarah’s husband Joe stands at his front door not knowing whether he’s on his way out or coming home. The damage to their memories is acute, but it is only the first stage of the devastation that’s to follow.

The Drought. By Stephen Dunstone. Jean’s old home, submerged in a reservoir, is uncovered by a drought. But her visit is a sad one. 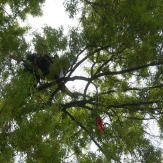 Coelocanth. Ben Moor stars in his own play about a man involved in competitive tree-climbing who finds and loses love but keeps on growing. 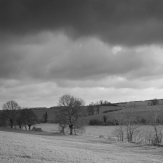 This Cold August Light. By Jerome Vincent. The year 1816 saw some extraordinary weather, with snow falling and crops failing across Europe and North America. The sunsets, however, were amazing, and the climatic conditions had a profound effect on artists and writers, including Edgar Allan Poe.

Opening Night. By Ngaio Marsh. On the opening night at the Vulcan Theatre a leading actor is found gassed in his dressing room. Was it suicide or murder? 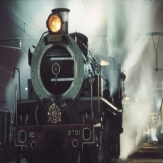 Fridays When It Rains. By Nick Warburton. A girl on a late-night steam train journey meets a man with a strange story to tell.

Deia. By Martin Jameson. Two couples go on holiday to a small guesthouse in the beautiful Balearic village of Deia in Northern Majorca and an intriguing puzzle begins to unfold. Is there a rational explanation or do ghosts really exist?

What We Did On Our Holidays. By Neil Rhodes. An attempt to make the annual holiday a more spontaneous affair takes Ed and his family to unexpected places.

Daybreak. By Tom Ray. A week after his wife of 14 years has left him, Phil wakes up one morning to find that the sun has not risen. When Lisa comes back with a van to collect her cherished wardrobe, he’s forced to reveal his extraordinary secret.